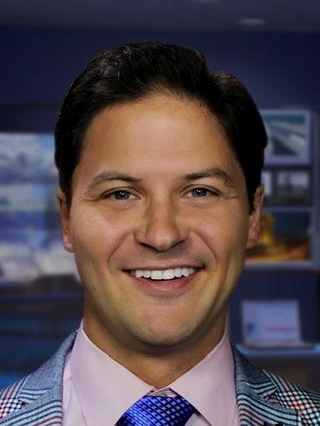 He graduated from the Connecticut School of Broadcasting and earned a journalism degree from BYU-Idaho.

His journey in broadcasting began when he landed a job as a sports show host at the Connecticut School of Broadcasting. He later was selected to co-anchor an entertainment news show at BYU-Idaho, where he met his wife and eventually proposed to her on-air.

He interned at the University of Pennsylvania, where he did sideline reporting and had a blast covering arena football.

Darren is from Alberta, Canada, and left his family farm at age 18. With one suitcase and a lot of spirit he moved to Las Vegas, where he was voted Mr. Nevada 2010 in Cosmopolitan Magazine.

His Cosmo exposure sparked a modeling career that led to once-in-a-lifetime experiences such as appearing on “LIVE with Regis and Kelly” and being interviewed by the New York Post. When Darren is not at work you might find him watching sports, reading about sports, playing sports or throwing pillows at the TV when his team is losing.

If you have any story ideas for Darren feel free to email him at dwinberg@sbgtv.com.