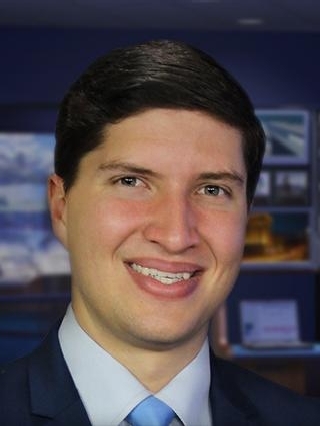 Kevin Levine joined NBC Montana as the Sports Director in July 2018. He graduated from the University of Missouri with degrees in Radio-TV Broadcast and Psychology.

Kevin has worked in Beijing, covering the China Open, where he had the opportunity to interview the top tennis players in the world. He has also covered the Missouri men’s and women’s basketball teams in Nashville at the NCAA and SEC tournaments while working at KOMU, Columbia’s NBC station.

Kevin was born and raised in West Palm Beach, Florida, where he developed a deep love of all things sports. He grew up loving the Dolphins, Heat, Marlins, Andy Roddick and, of course, added the Mizzou Tigers in his fandom. One of his fondest memories is watching the Marlins' improbable run to the 2003 World Series. One of his least is the 2009 Wimbledon Final. He doesn’t like to talk about it.

When he’s not on the basketball or tennis court, football or baseball field, golf course or ice rink, you can find him exploring the local bakeries. Kevin is an avid baker and loves a good discussion about baked goods. Although he specializes in cookies, he loves attempting to expand his arsenal of baked goods.

He is very excited to explore all that Montana has to offer. As a native Floridian, he has never had the chance to explore such a beautiful landscape. He loves to meet new people, so don’t be afraid to introduce yourself if you ever see him out and about. He loves talking all things sports and baked goods!

If you have any story ideas for Kevin do not hesitate to email him at klevine@sbgtv.com.