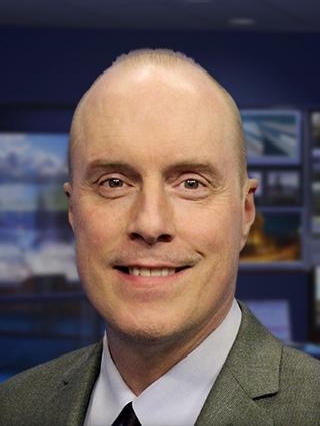 Mark Heyka received a B.A. in broadcast journalism from Washburn University in Topeka, Kansas. He studied meteorology at the Universities of Kansas and Nebraska and has received a Certificate in Meteorology from Mississippi State University. In 2002, Mark was awarded the Seal of Approval of the American Meteorological Society in recognition of the quality of his television weather broadcasts. The Seal of Approval is sought as a mark of distinction and recognition of achievement in the communication of scientific information.

Mark grew up on a wheat and cattle farm near Belleville, Kansas. His love of weather goes back to childhood. He would watch the weather report on TV. He would then draw maps on chalkboards and pretend to be a weatherman! From childhood through college and beyond, he kept weather journals for 20 years.

Mark has extensive experience in conducting severe weather seminars and programs for schools and civic groups. He has also participated in numerous charity events. While at KOAM-TV in Pittsburg, Kansas and Joplin, Missouri, he raised thousands of dollars in the American Diabetes Association's "Kiss-a-Pig" contest. He "won" the contest three times, kissing the porkers each time! Heyka continues his community involvement in western Montana.

He is a board member for the Missoula Community/Childrens Theatre and also NCBI Missoula. He is a co-founding member of the Missoula Men’s Chorus, which was established in 2000. He is a yearly participant in the Missoula “Who’s Who Review," which raises funds for kids’ charities. He is the yearly co-Master of Ceremonies for the fashion show “Off the Rack."

Mark enjoys jogging, dining and dancing. He also enjoys all sorts of music, from jazz, blues and swing to rock and roll. He especially likes to support local theater and is an avid fan of the KU Jayhawks.

Please email Mark at mheyka@sbgtv.com with any questions, comments or story ideas, or find him on Facebook.