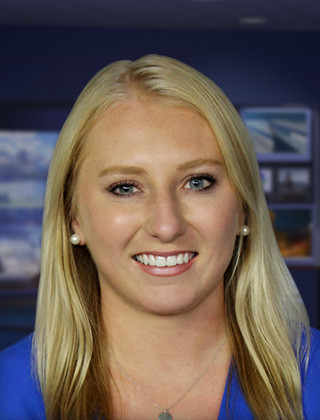 Sierra Ryder joined the NBC Montana team in September 2021 as a Live Desk Anchor and MMJ.

Sierra Ryder is a native Californian, born and raised in the San Francisco Bay area. Sierra graduated with a Bachelor of Arts in Rhetoric from Bates College in 2018. She recently completed her Masters in Broadcast and Digital Journalism from Syracuse University's Newhouse School.

During her time at Syracuse, Sierra completed her capstone project in Washington, D.C., covering stories for 17 News in Bakersfield, California. Sierra secured a one on one interview with House Minority Leader Kevin McCarthy to discuss the opioid issue facing the country.

Sierra got her start in Broadcast News as a Production Assistant and News Writer at KPIX5/CBS in San Francisco. Sierra also spent one year in the entertainment industry in Los Angeles, where she was as an assistant to an agent at ICM Partners.

Sierra is a former NCAA ski racer and is looking forward to new mountain adventures in Montana.

Sierra is very excited to join the NBC Montana team!